Bending Branch to serve up wine at All American Cup

Dr. Bob Young and Bending Branch Winery are excited to be the official wine sponsor of the inaugural Thomas J Henry All American Cup presented by Tennis Ventures, featuring ten top U.S. men players that will be played at Freeman Coliseum, November 11-13, 2022.

Tickets will go on sale on to the public September 3 at 9 a.m. and can be purchased at AllAmericanTennisCup.com or at www.ticketmaster.com or by using the Ticketmaster App on your mobile device. Individual session ticket prices start at $45.

“This has been a long time coming, and we all owe a great gratitude to Pat Frost and Frost Bank for spearheading this effort for the past decade to make this happen,” Young said. “Bending Branch Winery has been privileged to play a role in that process. Texas has long needed and deserves to have one of the top annual tournaments since its the second most populated state in the country. This is important to the youth of our state to be able to see leading U.S. tennis players perform in person.”

Additional details from the San Antonio Sports press release:
The All American Cup will feature two teams consisting of five players. Brothers Bob and Mike Bryan, the winningest doubles team in ATP Tour history, will serve as captains and face-off in the three-day team event. The USA West team will be captained by Mike Bryan and led by Taylor Fritz, the number one ranked American. Fritz will be joined by teammates Marcos Giron, Jenson Brooksby, Mackenzie McDonald and Steve Johnson. The USA East team will be captained by Bob Bryan and headed up by former top 10 ATP Tour star, John Isner. Frances Tiafoe, Jack Sock, Denis Kudla and J.J. Wolf will join Isner on the USA East team. This year’s inaugural event will be played in San Antonio, Texas, and will alternate years with Austin, Texas. The Tennis Channel will broadcast the All American Cup to over 61 million households throughout the United States.

San Antonio has a rich tennis history and we’re excited to host this brand-new competition,” said Jenny Carnes, COO, San Antonio Sports. “The All American Cup will offer fans a great opportunity to see top men’s tennis players in action, solidifying Texas as a premier location for the sport.”

“Bob and I are excited to return to San Antonio and honored to captain the All American Cup. San Antonio is a great tennis town and we have enjoyed playing here over the last 20 years,” said Mike Bryan. “This will be a new experience competing against each other but I know everyone will be battling to win the cup.” The All American Cup will showcase the best of American men’s tennis featuring both singles and doubles matches and help support the work of the Bush ACE Outreach Program. For more information on the All American Cup including VIP packages and the full event schedule please visit www.allamericantenniscup.com.

About San Antonio Sports A nonprofit organization whose mission is to transform our community through the power of sport. San Antonio Sports bids on and hosts premier sporting events such as NCAA® championships, which have generated a local economic impact of more than $950 million. San Antonio Sports’ kids programs, including i play! afterschool, annually provide life-changing opportunities for thousands of children. Additionally, San Antonio Sports serves as a catalyst for the development of quality recreational and athletic facilities in our community, including school parks. To learn more, visit SanAntonioSports.org

About Bush ACE Outreach Program The Program was launched in 2016, at the Bush Tennis Center in Midland, Texas to Advise, Counsel, and Encourage (ACE) area youth by connecting positive role models with elementary-aged children through the sport of tennis. Thanks to partnerships with the University of Texas Permian Basin (UTPB) and the United States Tennis Association (USTA), ACE has provided free in-school programs to over 40,000 elementary-aged children throughout the Permian Basin and free or discounted after-school and summer programs supported by the Bush Tennis Center. In addition to learning the sport of tennis, ACE promotes the core values of sportsmanship, integrity, self-confidence and hard work. New partnerships with the USTA Arthur Ashe National Junior Tennis & Learning program (NJTL), Baylor Tennis, Texas A&M Tennis, TCU Tennis, UTPB Tennis, UT Austin Tennis and UT San Antonio Tennis will allow the 2022-2023 Program goal to reach over 200,000 Texas children. 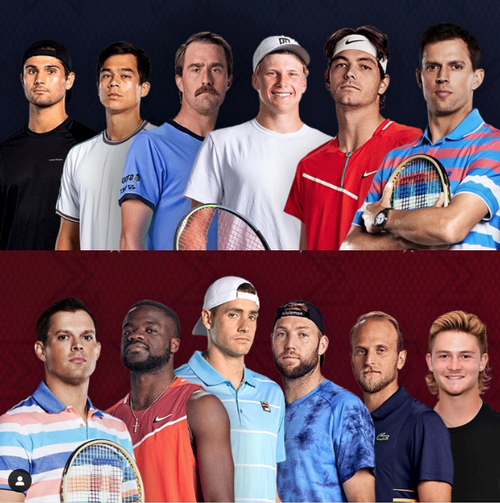 Pictured above: The All American Team Cup teams 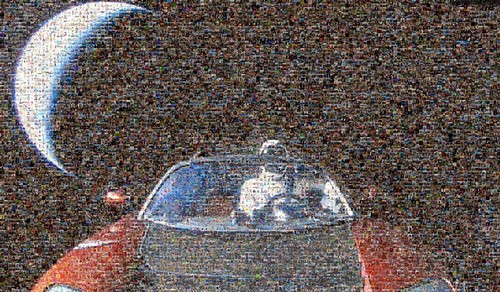 Bending Branch wines are out of this world! A photo of Dr. Bob Young, holding bottles of Picpoul Blanc and Tannat, was launched into space last week. As part of a Tesla referral program, Tesla launched a mosaic composed of pictures of select customers on SpaceX’s lunar orbiter mission with the Korea Aerospace Research Institute of South Korea. The mosaic of Tesla owners was laser etched on glass and will permanently reside in space.

The Falcon 9 rocket blasted off from Cape Canaveral on the evening of August 4, 2022. The Tannat House of Texas is reaching astronomical new heights! These are truly Next World Wines. 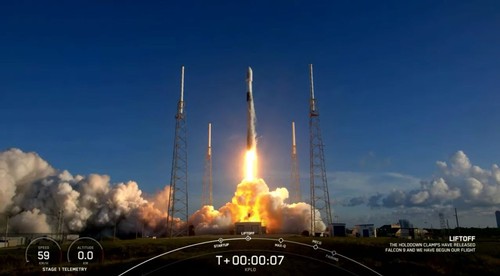 Click HERE to see the photo in the mosaic. 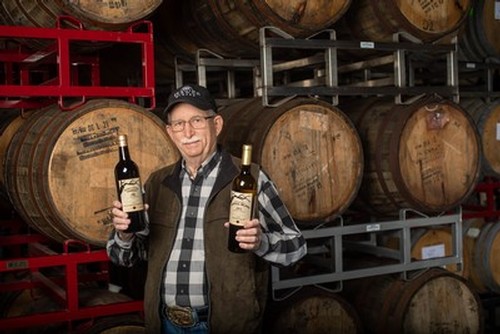